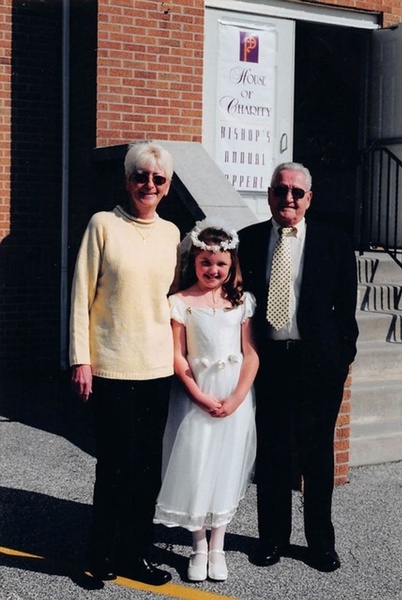 Sheila May (Ingalls) Curley, a lifelong resident of Westford and beloved wife of the late James Curley, passed away on Tuesday, August 10, 2021 following a period of declining health. She was 81.

Born in Lowell on May 28, 1940 to the late Frank and Catherine (McGlinchey) Ingalls, Sheila was educated at Westford Academy graduating in 1958, and remained in town her entire life.

After earning her bachelor's degree from Mount Ida College in Newton, she was employed as a matron for the Westford Police Department and later as a traffic supervisor at Westford Academy, retiring after more than 30 years of service to the town.

Sheila loved the Westford community and was proud that she remained in town throughout her life. She was a sports fanatic and enjoyed watching all sports. Sheila loved traveling and was fortunate to have traveled all around the world. She was crazy about Elvis Presley and cherished her 2018 visit to Graceland in Memphis, Tenn.

Family meant the most to Sheila, especially her two granddaughters. She cherished all the time she spent with them.

Survivors include her three children, Jamie Curley of New Jersey, Craig Curley of Boston, Kara Curley of Westford; and two granddaughters, Maddy Curley and Emma Curley. She was also the sister and sister-in-law of the late Chet and Shirley Ingalls.

Relatives and friends are invited to Sheila's Memorial Funeral Mass to be celebrated on Saturday, August 21, 2021 at 11:00 AM in St. John the Evangelist Church, 115 Middlesex St. North Chelmsford. Burial will be private. In lieu of flowers, donations in Sheila's memory may be made to the American Heart Association, 300 5th Avenue, Suite 6, Waltham, MA 02451or www.heart.org