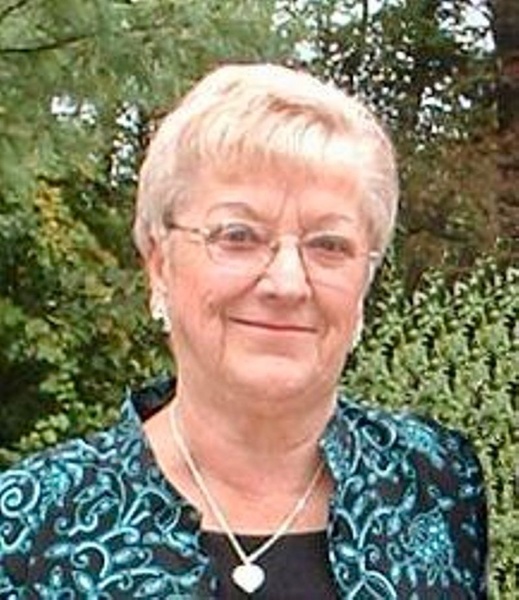 Sondra Lois (Burleigh)Olson was born on October 23, 1938 in Holden, MA and attended school there through High School. At sixteen she met her future husband Gordon and they were married in Worcester, MA on July 11, 1959. They had three children together and first settled in Worcester, MA. In 1962 they moved to Southboro, MA where they resided for 15 years. In Southboro she became involved in many volunteer programs especially those involving children. In 1977 they moved to Westford, MA where they resided until her death. In Westford children were still her focus where she worked at at Roudenbush Community Center in a children play group program for 15 years.

She had many hobbies such as knitting, crocheting and golfing. She and her husband spent many summers in Westmore, VT on Lake Willoughby. It was there they enjoyed many rounds of golf at Orleans, VT, sailing and kayaking. After they retired they traveled extensively visiting all 50 states, most of them driving and camping. Their favorite time together was always with their children, grandchildren, great grand children and extended family around them, especially around the holidays, but most especially at Christmas which were treasured times for all. It is at these times her absence will be most noticed by her family.

A private viewing will be held for the immediate family. A memorial service will be held at a future date when it is socially acceptable. In lieu of flowers, donation can be made to the First Parish Church United of Westford, MA.