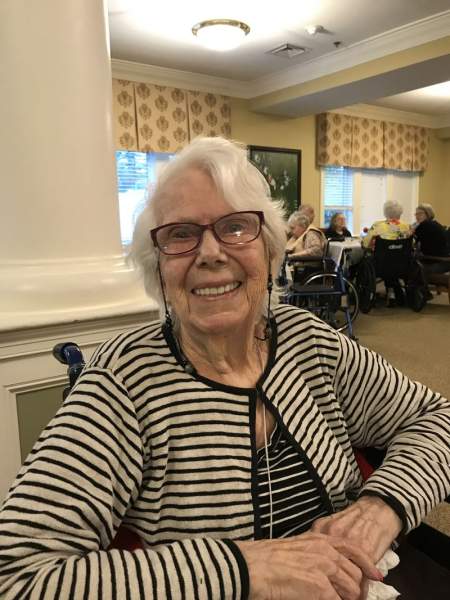 Sophie Westerheim (née Tonnesen Ostebrod), beloved wife of the late Ole B. Westerheim passed away peacefully at home in Acton, Massachusetts, Monday, November 11, 2019. She was 92.

Sophie was born on October 2, 1927, in Perth Amboy, New Jersey while her parents were travelling in the U.S . She was a daughter of the late Captain Tollak and Tora Tonnesen (née Torgersen) of Egeroy, Norway.

Sophie grew up on the island of Egeroy, Norway, where she was an excellent student and survived the German occupation during World War II. She met her husband Ole in Stavanger, Norway while he was stationed there with the Norwegian Air Force. Together they celebrated 59 years of marriage until his death in 2016.

Sophie and Ole moved to Vasteras, Sweden and then to Yorktown Heights, New York where they raised their family. Ole's career as an electrical engineer moved them to Waukesha, Wisconsin, Wescosville, Pennsylvania, and later to Coral Springs, Florida where they retired and spent 25 years prior to Sophie moving to Acton three and a half years ago to be closer to her daughter and her family.

Sophie worked many years for various companies in accounting and bookkeeping roles.
Wherever they lived Sophie was active in the Newcomers Club. Sophie enjoyed socializing, bridge and other card games, bowling, music, gardening, and being near the sea.

Survivors include her children and their spouses, Ove Westerheim and Gretchen Lowe of McLean, VA, Ann Westerheim and William Kazman of Westford, MA; five grandchildren, Owen, Katie, Siri, Hanna, and Maxwell; a brother and sister-in-law, Tonnes and Pauline Tonnessen of Brooklyn, NY, Egeroy, Norway, and Lillehammer, Norway; a sister Tordis Haugerud of Jessheim and Egeroy, Norway; and several nieces and nephews. She was also the sister of the late Birgit Jorstad.

It being her request, funeral services will be private. For condolences, please visit www.healyfuneralhome.com