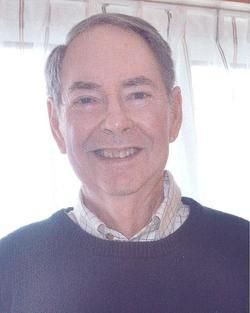 Mr. Steven T. Collins, age 70, of Westford, died on Friday Feb. 14, 2014, at his home in Westford following a long illness. For 46 years, he was the beloved husband of Geraldine "Geri" (Mroz) Collins.

He was born in Alton, Illinois on March 2, 1943 son of the late Thomas & Gladys (Stevens) Collins. He served in the US Army during the Vietnam War.

Prior to his retirement, he was employed as a Vice President of IT Consulting for the eLoyalty Company for 15 years. Post-retirement he taught in his field of Project Management Professional Consulting at New Horizons in Nashua.

In his spare time he very much enjoyed driving cars and taking road trips. He also enjoyed photography, music and he played several musical instruments. He was a communicant of St. Catherine of Alexandria Church in Westford.

Besides his wife, Geri, he is survived by a son and daughter-in-law, Ryan and Janice Collins of California; a brother and sister-in-law, Jerry and Christie Collins of Indiana; a sister-in-law and brother-in-law, Maggie and Joe Tuzikowski of Indiana; two grandchildren, Benjamin and Rachel; also several nieces & nephews. He was the brother of the late Brenda Trover.

ARRANGEMENTS: Relatives and Friends will be received on Weds. Feb. 19 for a celebration of life at the J.A. HEALY SONS FUNERAL HOME, 57 North Main St., Westford, MA from 6:00-8:00 PM. A prayer service will take place during the visitation. Interment will be private. IN LIEU OF FLOWERS, donations in his memory to the International Mesothelioma Program (IMP), c\o David Sugarbaker, MD, Brigham & Women's Hosp. Division Of Thoracic Surgery, 75 Francis St., Boston, MA 02115 Please visit online guestbook at www.HealyFuneralHome.com