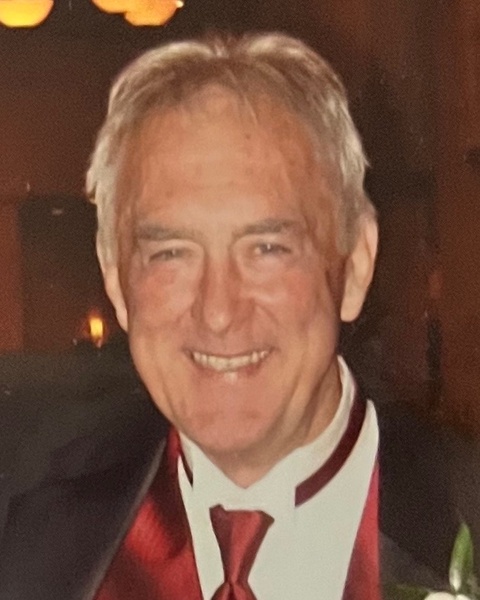 Terence J. Kane, 86, a lifetime resident of Westford, passed away on Wednesday, September 14, 2022 at Nashoba Valley Medical Center due to an ongoing heart condition. He was the beloved husband of Marie E. (Pappas) Kane, with whom he shared 54 wonderful years of marriage.

He was born in Westford on April 8, 1936, and was the son of the late Margaret (Orr) and Lawrence Kane. A 1955 graduate of Westford Academy, Terence then joined the Army National Guard from 1959-1964. He proudly went on to serve his country in the United States Air Force Reserve from 1980 until 1996. Terence “Terry” worked for the Westford Police Department for 22 years. He retired as a Sergeant in the year 2000. He was always proud of the men in blue at the Westford PD.

Any day of the week, Terry could be found spending time with his grandsons, Nick & TJ. Whether it was watching them play hockey, football or lacrosse, he would always wear his yellow hat so they could see where he was in the stands. His daughter-in-law would often pick him up for the long hockey game trips, and he could always count on her for schedules, rides, pictures and videos. The best part of Terry’s day was getting a phone call from his grandsons inviting him over for dinner. As he would say when he arrived at their house “I got the call.” These dinners always involved a story from their Papa that they will remember forever. Papa’s arms will always be wrapped around his boys.

Terry enjoyed trips to his Vermont camp, where he found incredible joy in being with his son and grandsons. Whether it was working around the camp, making a campfire with his boys, or driving into town for breakfast, these special days with his three boys were always cherished moments. When Terry was home, you would often find him working in his yard, tinkering in his barn or assisting Marie with antiques she would acquire.

Spending time talking with the guys at Domenic’s gas station was past time Terry always enjoyed. Many a cars Domenic fixed for Terry and he will always be grateful for his craft and friendship.

Terry will always wish the best to his friends at Village Consignment. To know Terry is to love him as many of his friends here did. He also enjoyed Marie’s close and dear friends who brought laughter and happiness to his life.

Saturday morning breakfasts with his brother Dennis were treasured times. Nothing would ever interrupt these special days and they will remain with Terry always. The lingering question that will continue is…who’s turn to pay?

Terry was most proud of his son TJ. From the time TJ was young he enjoyed trips to their camp in NH, taking him to the track to race and spending time with TJ’s buddies well into their adulthood. Terry’s time with his son at hockey games, football games and planning trips to VT, would always put a smile on his face. Just helping him out gave him great pleasure and pride. The special relationship Terry had with his son will remain in his heart forever.

In addition to his beloved wife Marie, Terence is survived and will be deeply missed by his son, Terence J. Kane Jr., and his wife Michelle of Tyngsboro; his two adoring grandsons, Nicholas and Terence J. Kane III; his brother, Dennis P. Kane Sr. and his late wife Josephine (Pappalardo) “Aunty Jo” of Westford; as well as many nieces and nephews who he loved all very much.

All services will be held privately per the family’s wishes. Burial will be held in Pine Grove Cemetery, Westford. In lieu of flowers, donations may be made in Terence’s memory to Tunnel to Towers Foundation, 2361 Hylan Boulevard, Staten Island, NY 10306.