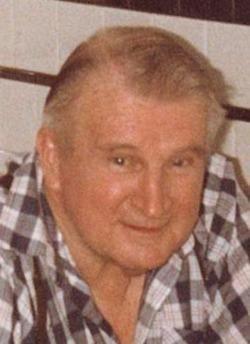 He was born in New Ipswich, NH on May 15, 1915, a son of the late Johan Edvard and Saimi (Linna) Norgoal. Mr. Norgoal was a longtime resident of Westford and served in the U.S. Army during WWII.

Prior to his retirement, he was employed as a refrigeration mechanic at Fort Devens Army Post Engineers for many years.

Mr. Norgoal was a member of the Maynard Lodge of Elks, VFW Post 6539 and the American Legion in Westford. He enjoyed coin collecting and horse racing at Rockingham Park.

He is survived by his son, Philip Norgoal of Westford; two grandsons, Davin and Alek Norgoal, both of Westford; also many nieces and nephews. He was the brother of the late Waino, Arthur, Carlo and Arvi Norgoal.

At his request, Funeral Services with Military Honors were held privately on Saturday, Nov. 15 with interment at the Russian Brotherhood Cemetery in Westford. Arrangements are in the care of the J. A. HEALY SONS FUNERAL HOME, 57 N. Main St., WESTFORD. Please visit Mr. Norgoal's online memorial at www.healyfuneralhome.com . Funeral Director, Scott Laurin 978-692-6502.