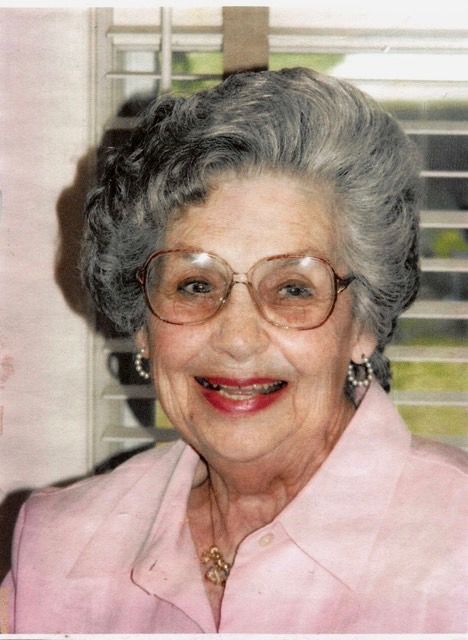 Viola M. (Dahlgren) Williams, beloved wife of the late George J. Williams, a resident of Dennis, formerly Groton, and Woburn, passed away on Sunday, March 17, 2019, at D'Youville Senior Care following a period of declining health. She was 91.

Born in Weymouth on January 18, 1928,  she was the eldest of 11 children, a daughter of the late Edward and Viola Rose (Bent) Dalghren.

Vi was a longtime resident of Woburn prior to moving to Groton and eventually Dennis. In earlier years she worked in nursing care and visiting nurses elder care. Viola was dedicated to raising her family. She enjoyed crocheting, tending her gardens, following politics, and traveling with George.

Vi was an active member of the The Church of Jesus Christ of Latter-day Saints located in Littleton.  She was a visiting teacher there for several years.

Vi is survived by her five children and spouses, John and Michelle (DeMaio) Williams of Lowell, Robert Williams of West Newbury, Kathleen and Jack Phinney of Westford, Bruce Williams of Arizona, Lauren Williams of Littleton; her 12 grandchildren, 16 great-grandchildren; 6 siblings, Doris, Joan, Janet, Bruce, Roger, Harold; and numerous nieces and nephews.  She was the sister of the late Sonny, Jack, Arthur and Jim.

Relatives and friends will gather to honor and remember Vi at the J.A. HEALY SONS FUNERAL HOME, 57 North Main Street Westford, from 10:00 until 11:00 AM on Friday. Her Funeral Service will follow in the funeral home at 11:00 AM. Burial will follow in Puritan Lawn Memorial Park, Peabody. In lieu of flowers donations in Vi's memory may be made to the D'Youville Foundation, 981 Varnum Ave, Lowell 01854.