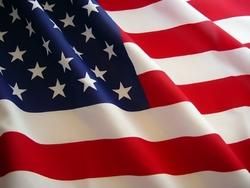 WESTFORD: Mr. Walter B. Ward, Jr., age 87, of Westford for the past 20 years, formerly of Lincoln, MA, died Thursday April 10, 2014, at his home in Westford following a battle with cancer. He was the beloved husband of Maria (Lentino) Ward, with whom he would have celebrated 62 years of marriage on May 3rd..

He was born in Lunenburg on March 4, 1927, son of the late Walter B. Ward, Sr. And Sophie (Suomala) Ward. Following high school he enlisted and served in the US Army Air Force during WWII.

Prior to his retirement, he was the second generation owner/operator of New England Saw Corp. based in Somerville. He was an avid gardener, and after retirement he worked at Lexington Gardens. Walter had a pilot's license and enjoyed flying. He also taught a Dale Carnegie Course for 16 years. He and his wife were active parishioners of St. Catherine of Alexandria Parish in Westford.

Besides his wife, he is survived by a son and daughter-in-law, Walter B. Ward, III and his wife, Elizabeth of Hawaii; two daughters and a son-in-law, Joan Marie Ward of West Concord, MA and Cynthia and Bob Stella of Westford; six grandchildren, Coleta, Mary Jane, Eliza Mae, Christopher, Daniel and Francesca; a sister-in-law, Joan Bane and her husband Dr. Thomas Bane of NH; also many nieces and nephews. Walter was pre-deceased by his four sisters.

ARRANGEMENTS: Relatives & Friends will be received on Monday April 14, 2014 from 10am-11am at St. Catherine of Alexandria Parish, 107 N. Main St., Westford. His funeral mass will begin at 11am, with a reception to follow. Interment at Lincoln Cemetery. IN LIEU OF FLOWERS, Contributions in his memory may be made to NuPath (7 Lyberty Way, Westford, MA 01886) OR Minuteman Arc (1269 Main St., Concord, MA 01742). Arrangements by the J.A. HEALY SONS FUNERAL HOME, 57 North Main St., Westford, MA. Funeral Director Scott Laurin.