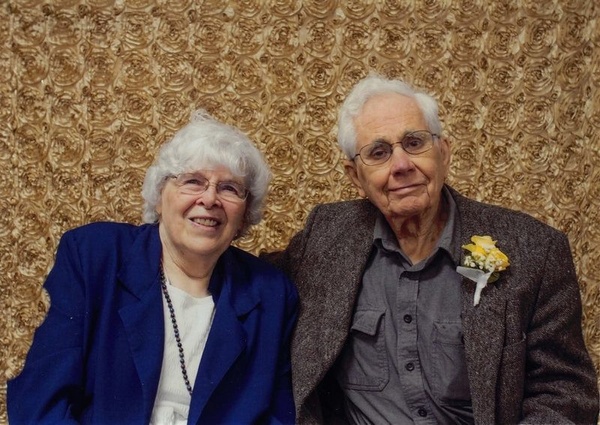 William E. McGrath, Jr. (Bill) died peacefully at home in Westford surrounded by family on Sunday April 10, 2022. He was 95. A WWII veteran, Dr. McGrath was a retired professor of Library and Information Science.

Bill was born in Somerville, Massachusetts. He grew up during the Great Depression, dropping out of high school to work in the Charlestown/Boston Navy Yard during the early years of World War II. He then enlisted in the U.S. Navy and served as a Radio Operator in WWII from 1944 to 1946. After the Navy he completed three years of high school in one year. He graduated from the University of Massachusetts in 1952 where he met his wife, Shirley Hathaway, who also became a librarian. After graduation he obtained a master's degree in library science from the University of Michigan and a Ph. D. from Syracuse University. He began his career as a science librarian at the University of New Hampshire, where he furthered his interest in science and statistical inference. He was Director of Libraries at the South Dakota School of Mines and Technology, the University of Southwest Louisiana (now the University of Louisiana at Lafayette), and Dean of Libraries at the University of Massachusetts Lowell. He was a Visiting Distinguished Scholar at the Ohio Computer Library Center (OCLC). He retired in 1996 from the State University of New York at Buffalo as a full Professor. Over the years he published more than seventy papers on statistical analysis and mathematics.

Bill's writing did not end upon his retirement; his publications in librarianship continued. He also published biographical articles on Grace Drayton, a children's illustrator; and Albion Reed Hodgdon, a botanist at UNH. He compiled a 300 page history of the Louis Madore Marion family about his maternal grandparents and their ten children. He also wrote an account of his time aboard the USS Dixie during WWII. In his 90s he completed a memoir about his father.

For recreation Bill participated in senior softball and tennis into his mid-seventies. He bicycled well into his senior years and enjoyed ping pong at the senior center. Later in life he rekindled his interest in WWII and antique radios, which he displayed at shows in New England. He was an avid reader of non-fiction, particularly science, math and biographies.

His family will remember him for grafting vintage apple trees, cultivating varieties of blueberry bushes and providing milkweed gardens for migrating Monarch butterflies. He had a deep concern for the environment, especially climate change. He will be missed by many.

Visitation will be at the Westford Healy Funeral Home, 57 N. Main St., Westford on Thursday, April 14, from 4 until 7 PM . Dr. McGrath will be buried on Friday morning at 11:30 AM at the New Hampshire State Veterans Cemetery in Boscawen, NH. In lieu of flowers, donations can be made to the Fletcher Library at 50 Main St, Westford, MA 01886; the Cameron Senior Center, P.O. Box 2223, Westford, MA 01886; or an environmental organization of your choice.