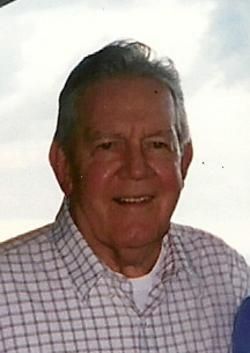 William M. O'Neill, 90, of Littleton passed away peacefully on April 26, 2014. He was the beloved husband of Marcia (Wetherbee) O'Neill with whom he celebrated their 42nd anniversary in January.

Born in Lowell on September 16, 1923 the son of the late Cornelius J. O'Neill, Esquire and Mary F. (McManus) O'Neill. Bill grew up in Concord and was very active in town sports. After graduating from Concord High School in 1942, he served with the U. S. Army, Company F, 328th Infantry Division during World War II in northern France. Upon his discharge, Bill attended Boston College and graduated in 1950. He and his wife moved to Littleton in 1978.

Prior to retiring, Bill worked for many years at the Concord Post Office and later at C.R. Bard in Billerica. He was an avid sports fan, most especially the Red Sox and Patriots, and enjoyed vacations at Cape Cod and all family gatherings.

He was a past Secretary, Exalted Ruler, District Deputy and presently a life member of the Concord-Hudson Lodge of Elks.

He is survived and was dearly loved by many cousins, nieces and nephews who will dearly miss him. He was predeceased by his sister and brother-in-law, Constance and Herman Anderson, and his brother Donald F. O'Neill.

The O'Neill family wish to express their deep appreciation to the many competent, caring and compassionate doctors and nurses at Emerson Hospital who provided personal care, comfort and kindness during his illness.

ARRANGEMENTS: Relatives & Friends will be received at the JA HEALY SONS FUNERAL HOME, 57 North Main Street, Westford on Thursday May 1, 2014 from 4:00-8:00 PM. Funeral Friday Morning with a funeral mass to be celebrated at 10:00 AM at St. Anne Church, 75 King St., Littleton MA. Interment to follow at St. Patrick Cemetery in Lowell. In lieu of flowers contributions may be made to Wounded Warrior Project. PO Box 758517, Topeka, Kansas 66675. WoundedWarriorProject.org/Donate.